Welcome to the 4th annual That Film Guy year end awards, or the ˜Dommys.’ At these awards we will celebrate the best films of 2014. In terms of overall quality 2014 was been a real barnstormer. With all eyes pointing towards the franchise extravaganza that is 2015 many overlooked 2014 for potential and it delivered in spades across the board. It seems that this year has been the strongest since the late 1990s and could well be the best we see in some time. Let’s take a look at what has impressed in 2014.

A stunningly created, perfectly cast horror that transcends the horror genre while paying homage to its past, The Babadook may not be the scariest horror film you’ve seen, but it will stay with you after the credits roll. You really can’t get rid of The Babadook. Read the full review here¦

James Gunn really has created something special with Guardians of the Galaxy. Taking everything that was popular about the original Star Wars films, adding extra humour and setting it in the Marvel Cinematic Universe has meant he was managed what seemed impossible when it was announced. He’s created another must-see sub-franchise for Marvel that elevates the lesser known comic book characters into the realms of the A-list and shows that sometimes it’s worth a gamble. Read the full review here… 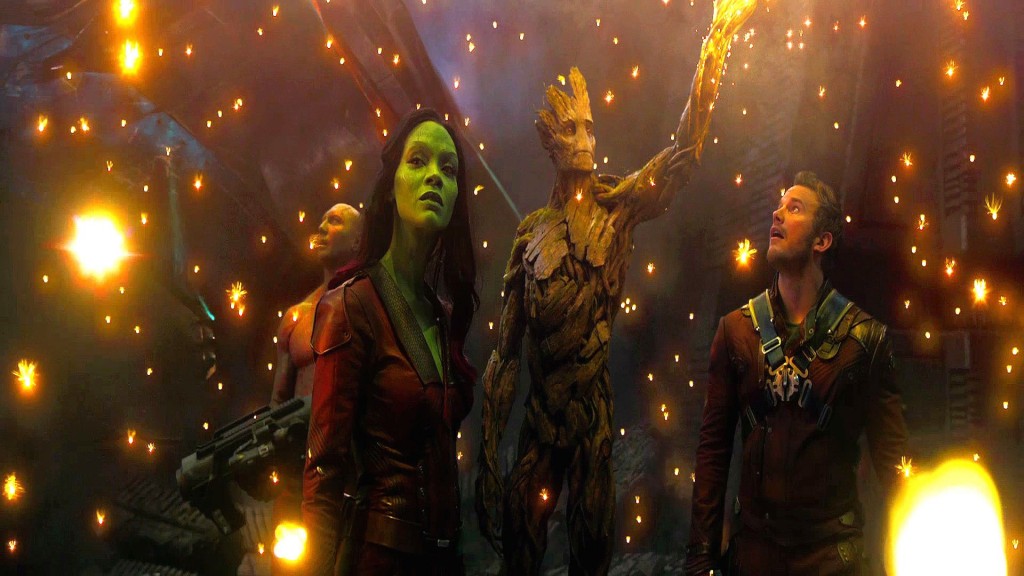 If there’s a funnier and more entertaining blockbuster this year, we’ll eat our awesome mix cassette tapes. Five new stars have been born and the Guardians of the Galaxy prove themselves every bit as entertaining as their more mainstream Avenger colleagues. Roll on the sequel. Read the full review here¦ 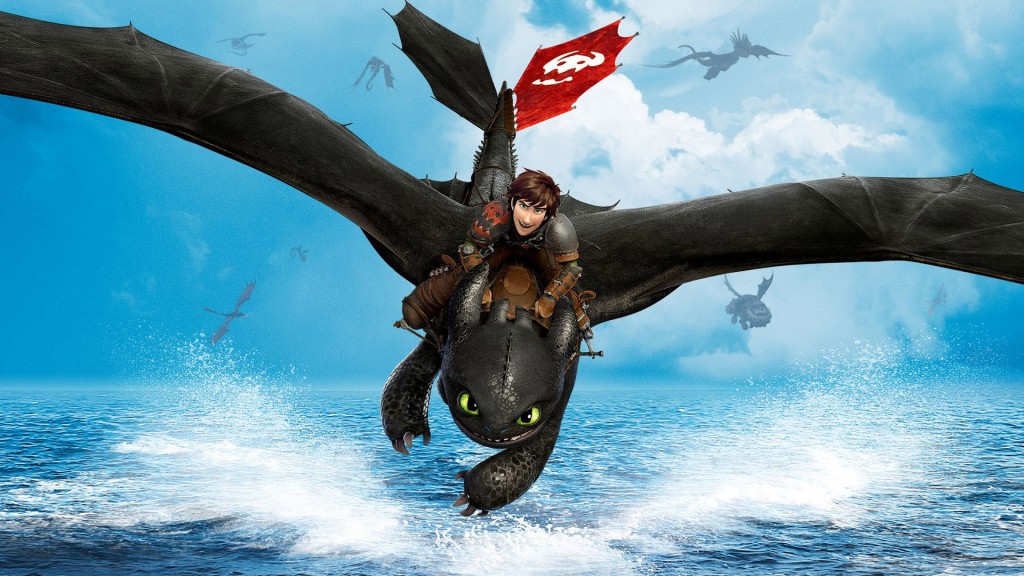 Best Fantasy Film 2013: How to Train Your Dragon 2

While the visuals are gorgeous, it’s the story that really connects, drawing on family and friendship, father-and-son relationships and faith in good conquering evil as its themes. In that respect, it reminded me of the original Star Wars trilogy and if this, as expected, is the middle act of a three-part series, then it compares very favourably with The Empire Strikes Back. Read the full review here… 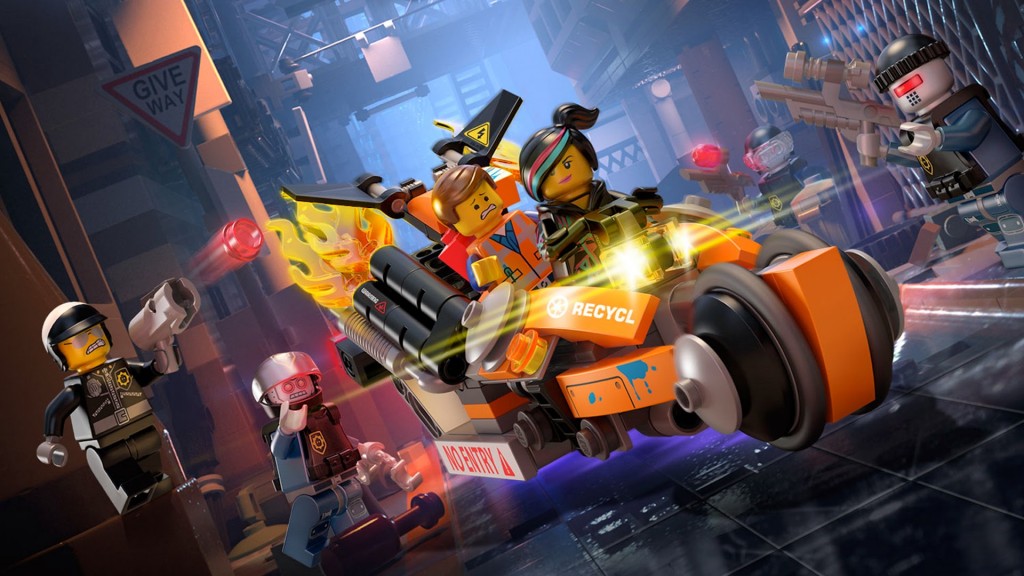 Through this it is clear that The Lego Movie was created by people that love Lego bricks. It’s presented in a fantastic and hilarious fashion and does exactly all films that advertise a brand should do. It makes you forget that you’re watching an extended advert and makes you feel like you’re watching a properly creative piece of art. Read the full review here¦ 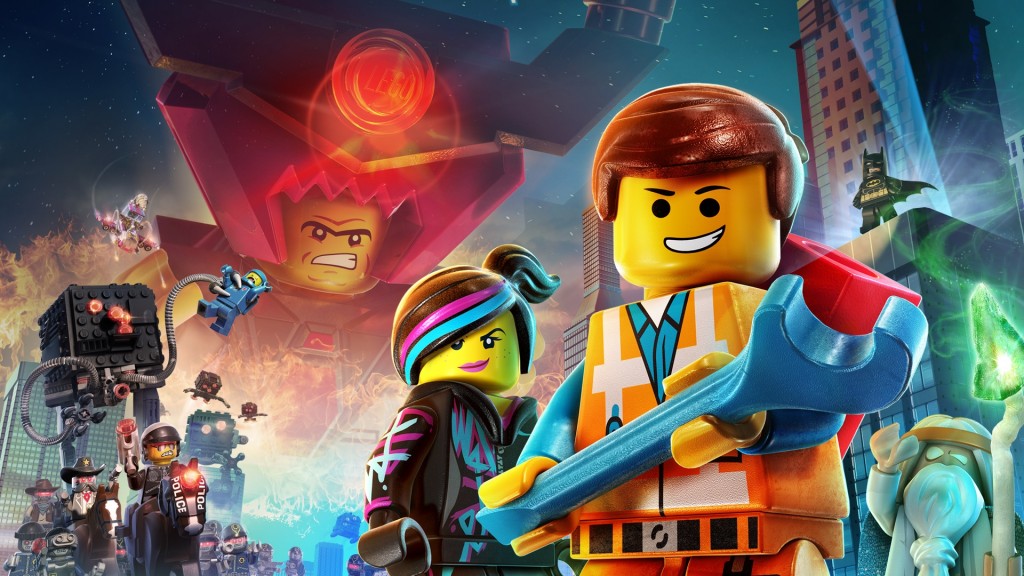 This might be the most effective advertising of all time, because by the time you’ve finished watching it, you’ll want to fill your home with the multi-coloured bricks. Wonderful stuff. Read the full review here… 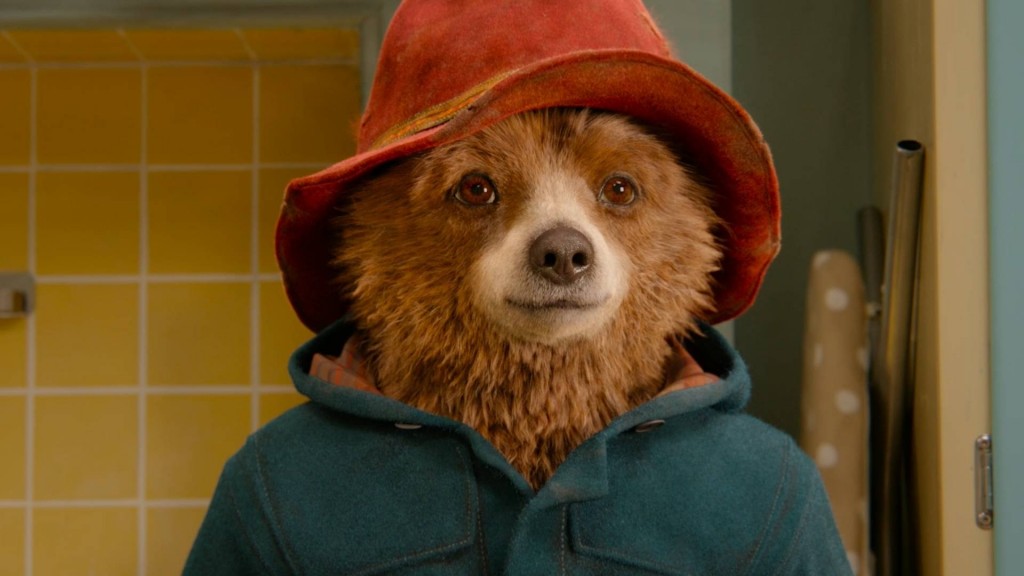 All the hype around it being unsuitable for children prove false, as Paddington is something truly special for the whole family. Even more impressive than that Paddington is the finest family film in years, and children will no doubt be watching it each Christmas for years to come. Not bad for a bear with a mild marmalade addiction. Read the full review here… 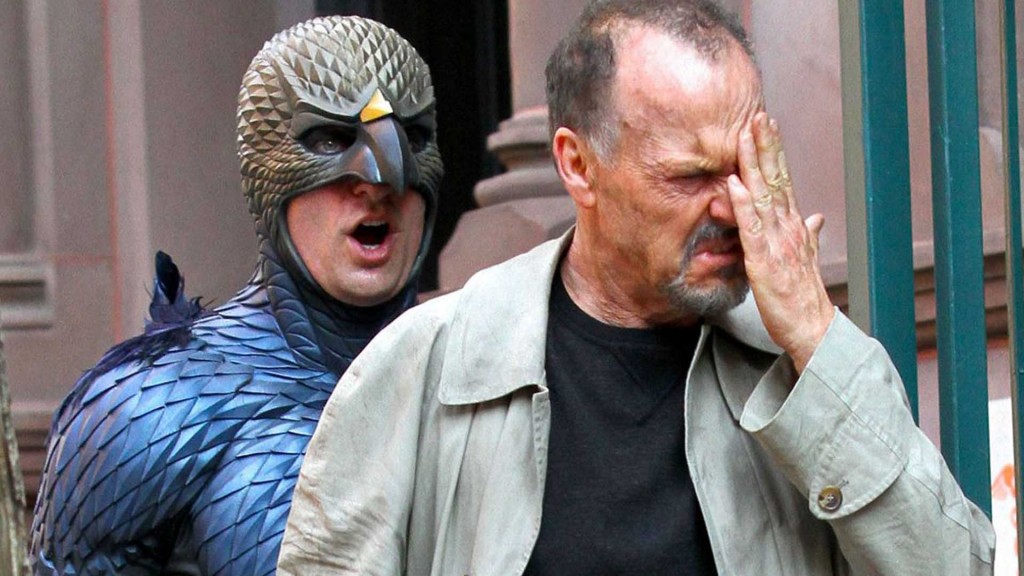 Birdman is one of the most creative, original and impressive dramatic films of the year and in Keaton we have a previously well-known actor drawing inspiration from his most iconic works to deliver a performance that is not only worthy of awards consideration, but far and away his best ever. Read the full review here… 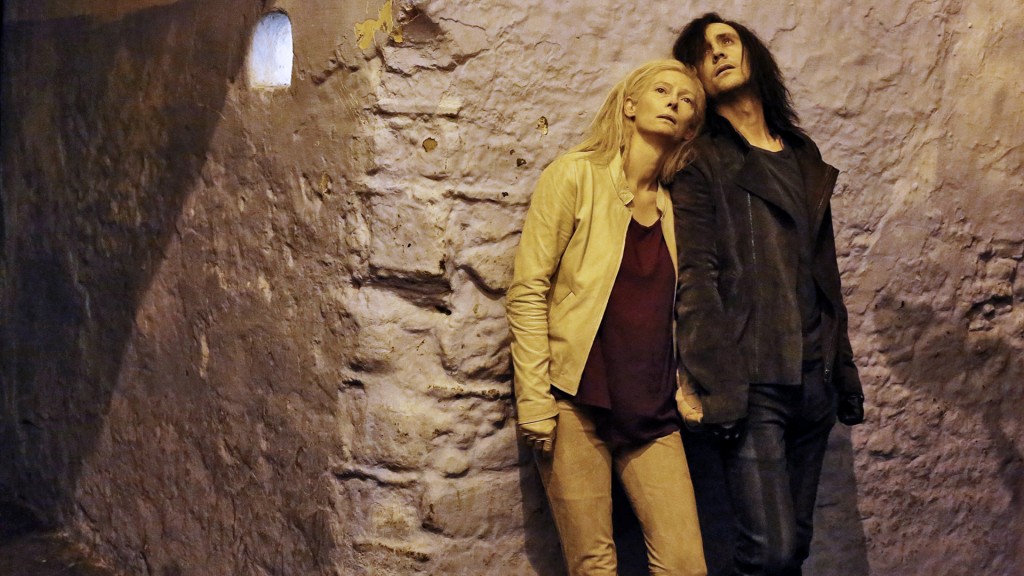 Hiddleston is brooding and melancholy, Swinton imperious and sensitive but both are compellingly attractive and beguiling. If you’re looking for a pacy narrative and action galore, look elsewhere but this intriguing character study is surprisingly witty, fiercely intelligent and always entertaining – with a great soundtrack too. Read the full review here¦ 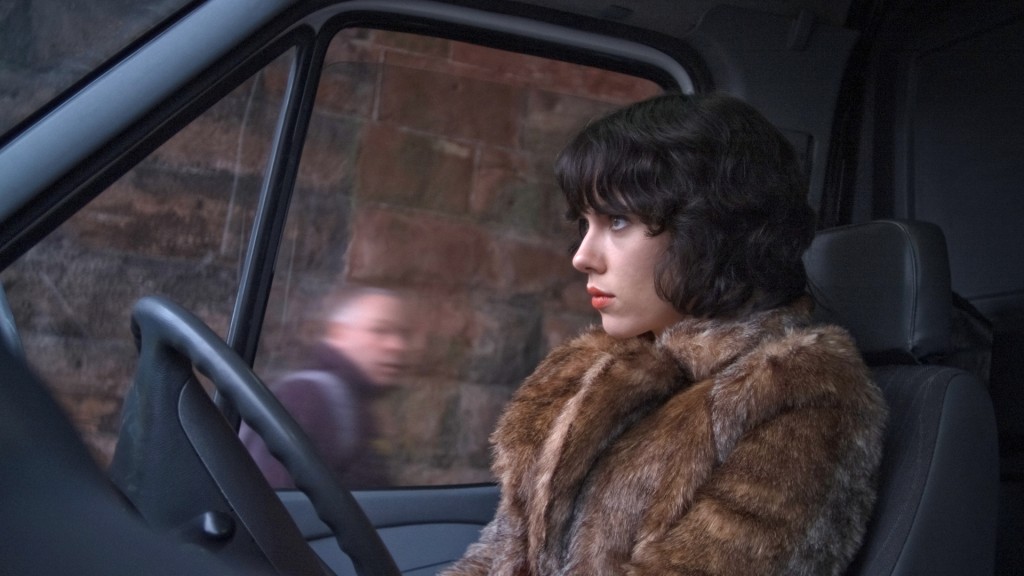 This is not conventional sci-fi at all and if you read the synopsis about an alien in female form seducing men and assume you’re getting another take on Species or Lifeforce, well, think again. By turns, brutal, beautiful, odd and disconcerting, Under The Skin is an immersive cinematic experience unlike anything else around at the moment. It’s brave, uncompromising film-making that is not afraid to make us feel baffled or uncomfortable at times. Read the full review here¦ 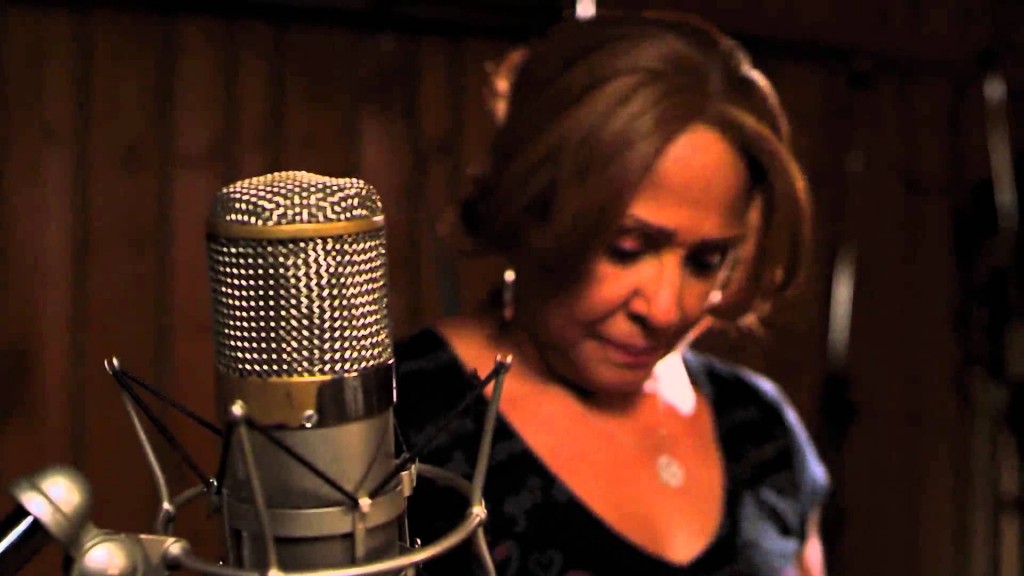 With contributions from some all time greats such as Mick Jagger, Bruce Springsteen, Stevie Wonder and Sting, the depth of the content is vast and director Morgan Neville, who’s back catalogue is based entirely in music documentaries and videos, has accomplished an incredibly well rounded film that finally gives the marginalised the spotlight, if only for a moment. Read the full review here… 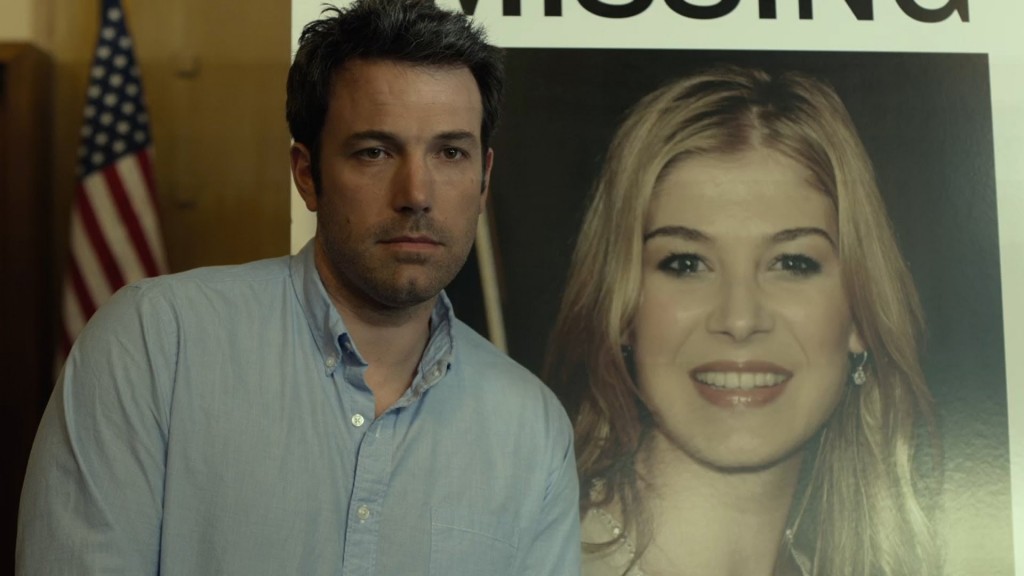 Fans of the book will likely be impressed with its like-for-like retelling of the story from the book, but the inadvertent and inappropriate laughter may be lost on them. For everyone else Gone Girl represents everything that is great about Fincher. Unashamed, in-your-face comedy dressed up as a dark thriller. You’ll laugh, you’ll wince and by the time the credits roll you’ll feel uncomfortable that the bizarre and incomprehensible conclusion actually makes perfect sense in the context of the story. Read the full review here…

It’s also a brave move for Scarlett Johansson who shows that while she’s a Hollywood star she’s also prepared to take risks. She’s brilliantly restrained and mysterious in this film, the ultimate femme fatale. Read the full review here¦

12 Years a Slave is that film. It grips you from the start and never once apologises for its sometimes brutal, sometimes beautiful scenes. It is historically important, perfectly directed, wonderfully acted and combines everything that makes cinema the artistic form that is so loved by so many people. It is urgent, powerful, moving, astounding and never takes one backwards step. Read the full review here…

JK Simmons a character actor of some note for over two decades finally found a role in the electric Whiplash that perfectly provides him with an outlet to prove his incredible range and diversity. While Godzilla was the biggest monster film of the year, it is Simmons role of music instructor Fletcher that provides the years finest on-screen monster. You have to see it to believe it.

That Film Guy favourite Emma Stone once again shows her unbelievable range with her grounding performance in Birdman. Playing the daughter of Michael Keaton, she brings a fragile and firebrand approach to the deep discussions of ego and self and in her stand out moment she brings truth to the ever-confusing world of Riggan and highlights how little anyone actually means. It’s not only Oscar-worthy stuff, but more importantly it’s Dommy award worthy stuff.

David Fincher’s adaptation of the ultra-popular book Gone Girl took some liberties with the finale, but in rosamund Pike it created a star. The British actress excelled even her own high standards playing Amy Dunne, the missing girl from the title whose disappearance puts pressure on her husband Nick (Ben Affleck) who becomes the prime suspect. Her elegance combined with the twisty-turny nature of the thriller’s plot have created a character for the ages.

Chiwetel Ejiofor has been around the acting block for a few years before landing the part of Solomon Northup in Steve McQueen’s 12 Years a Slave. If his talent was ever in doubt before then, which surely it wasn’t, he provided the most startling, heart-breaking and classy performance of the whole year. He was cruelly denied the Oscar that was rightfully his, but we here at That Film Guy would love to recognise such an incredible performance.

Jennifer Kent’s spectacular debut almost won her the Dommy for best newcomer, but in Noah Wiseman she cast a first-time actor who walks the line between irritant and hero without ever breaking the sense of reality in the truly scary film of the film. His physical acting scenes were he is apparently possessed or simply increasing the tension on his poor mother are a thing of true class.

Starting with Dazed and Confused and moving through the Before series, Richard Linklater’s abilities as a director have never been in doubt. With Boyhood he has created his magnum opus. Filmed over twelve years with an aging cast that focuses on a family unit is a clever idea on paper in and of itself. But when you consider the masterpiece that has been produced it’s even more impressive, especially in a year that includes incredible work from Steve McQueen, James Gunn and Wes Anderson.

Film of the Year 2014: Guardians of the Galaxy

Is it the best technical film of the year? No. Is it the best comic book film of all time? No. Did anyone know anything about the franchise before its release? No. Is there a more entertaining thrill ride going? He’ll no! The fact that Guardians of the Galaxy overcomes all to be named our film of the year shows just how brilliant it is. It’s not perfect, but the sheer sense of joy, wonder, laughs and excitement means that naming any other film as the best of the year didn’t feel right. It’s so rare to find something so unique and yet familiar and there is no doubt that in years to come it will be thought of in the same area as Indiana Jones, Star Wars and Back to the Future. That level of pop culture cannot and should not be ignored. It’s the biggest studio gamble in ages and James Gunn and friends have knocked out of the park leaving audiences everywhere hooked on a feeling.

About The Man in The Black Hat

Our list of the Top 30 Horror Movies of all Time. Do you Agree?.........Horror films are one of the … END_OF_DOCUMENT_TOKEN_TO_BE_REPLACED

Our list of the Top 30 Comedy Movies of all Time. Do you Agree?.........One of the most popular and … END_OF_DOCUMENT_TOKEN_TO_BE_REPLACED

Our list of the Top 30 Animated Movies of all Time. Do you Agree?.........The animated film genre … END_OF_DOCUMENT_TOKEN_TO_BE_REPLACED

Our list of the Top 30 Classic Action Movies of all Time. Do you Agree?.........Catering for the … END_OF_DOCUMENT_TOKEN_TO_BE_REPLACED